📋 Get the Wedding Quick Start Guide!

When you shop via links on our site, we may earn a small commission if you make a purchase. Learn more.
By: The Bouquet Toss Podcast
Updated: June 8, 2021

Why do brides wear white on their wedding day?

A bride wearing a white dress on her wedding day seems like a tradition that’s as old as time. It might surprise you to learn that white wedding dresses weren’t always the norm. A white wedding dress seems to be so synonymous with the concept of a bride that it’s hard to imagine it ever being different.

The Western tradition of a white wedding gown as we know it today is a custom that’s only about 180 years old. Can you guess who gets the credit for starting this modern trend? The Royals, of course!

Queen Victoria wore a white wedding dress for her wedding to Prince Albert of Saxe-Coburg and Gotha in 1840. The heavy silk satin dress was considered an unusual choice at a time when colorful gowns were the norm.

Victoria wasn’t the first to wear white on her wedding day (or even the first royal for that matter!) There is evidence dating back over 2,000 years ago in Rome of brides wearing a white tunic on their wedding day. However, this trend went away with the fall of the Roman Empire. (via Bustle)

Photos of Victoria’s white gown were featured prominently in newspapers around the world, making a significant cultural impact. White wedding dresses seemed to increase in popularity after this iconic moment; so Queen Victoria is considered the trend-setter of the traditional white bridal gown.

The Symbolism of White Wedding Gowns

The color white is often used to symbolize purity, innocence, or virginity. After Queen Victoria’s white bridal moment, the white wedding gown was quickly adopted by wealthy and fashionable brides who wanted an opulent bridal look.

The white wedding gown is etched into history, but today it is more a fashion statement for the modern bride more than a representation of purity or virginity. Wearing white on your wedding day feels special for many women, because it’s often the one and sometimes the only occasion where you expect to wear white.

White is the most popular choice for most American brides, with 4 out of 5 opting to walk down the aisle in a white gown. You could almost consider a white wedding dress to be some sort of bridal uniform, as it has become an iconic symbol of weddings, and an expected part of the celebration. For many women, the white princess-style wedding gown became a symbol of the American dream.

Before Queen Victoria’s history-making white royal wedding gown, brides wore any nice dress they had, in any number of colors.

Back in the day, wedding gowns could be almost any color or style, depending on where you came from. The early Celts liked red wedding dresses because they signified fertility. Brides wore black if they were marrying a widower or their last husband had died. Blue was associated with the Virgin Mary, so a blue wedding dress symbolized purity. Poorer brides wore their best church dresses, which were sometimes patterned and less likely to show stains.

Unfortunately, the color white was pretty unattainable for most people throughout much of European history. The bright white fabric was typically expensive and quite difficult to keep clean. White wedding gowns were rare and confined to the wealthy, which of course, made them all the more desirable.

The style and color of Victoria’s wedding gown was copied by women around the world who dreamt of looking like the young queen. The trend spread amongst the public in a way similar to how popular culture is influenced by today’s celebrities. Wearing a white wedding gown became a sign of wealth and status because it was so cost-prohibitive for most people. Women from wealthy families also got married in clean, elegant spaces that weren’t sullied by the dirt and soil of regular life during the Industrial Age. (via The Conversation)

White was actually known as the color of mourning for French Royalty. So when Mary Queen of Scots wore a white wedding gown in 1558 to marry the Dauphin of France, it was actually seen as a major faux pas that caused quite a scandal. Instead of inspiring women to copy her style, most people just gossiped about her mistake. After her husband died two years later, many accused Mary’s white wedding dress of cursing him. (via Bustle)

The Production of White Wedding Dresses in Western Culture

During World War II, there were U.S. wartime rations of fabric which meant there were limits on the amount of fabric that could be used to create clothing. At the same time, there was a surge in the number of weddings that were happening due to American soldiers returning from war. As a result, the war sparked changes in the design of wedding dresses.

In 1943, Federal Limitation Order 85 dictated that only 1.75 yards of fabric could be used to create a single dress. The American Association of Bridal Manufacturers lobbied for an exemption to this limitation order, arguing that wedding celebrations were important to the overall morale of citizens. The association conducted a study of 2,000 brides to argue their point that getting married in a traditional way was part of their way of life and that these soldiers deserved that privilege.

The AABM were ultimately successful, and the order exempted wedding gowns from the limits on fabric. (via The Conversation)

This rhyme from the mid-1800s recorded in the Farmer’s Almanac sheds light on a bride’s wedding dress color choice:

This was, maybe not so coincidentally, right around the time of Queen Victoria’s wedding, and so the trend begun!

Non-white wedding dresses in movies, books, or worn by celebrities

Check out this entire slideshow from Cosmopolitan for some iconic bridal moments.

No matter what you decide, you should wear what makes you feel your bridal best on your big day! Whether that’s a white dress, a white pantsuit or jumpsuit, or a colored outfit in a hue of your choice– choose what feels best to you!

Will you be wearing a white dress on your wedding day or are you tossing this tradition? Let’s discuss this subject in the community!

About The Bouquet Toss Podcast

The Bouquet Toss is a wedding planning podcast that empowers couples to plan a meaningful, authentic, and affordable wedding celebration! On the show, we will have candid conversations all about weddings and why we do them the way we do so that couples can plan their weddings based on their own values, and not on the expectations of others.

In our Budget-Savvy Wedding Planning Community, we see the same questions asked over and over again. So many couples seem to be seeking permission to plan their weddings on their own terms, and we’re here to say go for it! We believe you should have your day, your way and our goal is to help empower you to plan a wedding celebration that actually feels authentic to you.

This podcast is brought to you by TheBudgetSavvyBride.com and is hosted by the founder, Jessica Bishop, and real weddings editor Sari Weinerman. Subscribe on Apple or Spotify today!

In case you missed it, check out our other episodes: 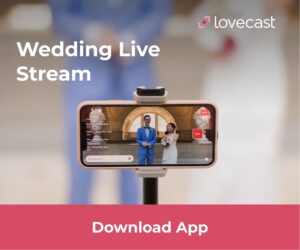